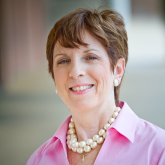 Ms. Belo , Lynn, originally hails from Staten Island in New York however she spent her formative years in London and had also lived in Miami, Rio de Janiero Brazil and Washington D.C.

Ms. Belo earned her undergraduate degree in Portuguese and Spanish from Georgetown University School of Languages and Linguistics. Following several years working at international banks she attended the Johns Hopkins University School of International Studies and received her MA in Latin American Studies in 1986. She worked in New York City for 8 years and then took some time to raise her two children . During that time she became involved in special education advocacy, co-founded a special needs parent organization, served on the boards of several churches and parent teacher associations.

In 2005 Ms. Belo received her JD degree from Pace University School of Law with a Certificate in Health Law and in 2007 completed a Geriatric Studies program at the University of Florida.

Ms. Belo’s interest in elder law emanates from her experiences in other cultures where elders are regarded with respect and deference as well as her experience providing care for the elders in her immediate family. She has walked the walk of caretaker for elders and is familiar with the joys and challenges of parenting a child on the autism spectrum.

Ms. Belo formed her firm in 2007 with the intent of providing personal, caring and competent legal counsel to elders as they contemplate their long term needs as well as those who seek to help elders and families planning for children with special needs. This firm is guided by a philosophy emphasizing respect for life in all stages. The areas of particular emphasis include: long term care planning, advanced directives, wills, probate, trusts, guardianships, pet trusts, powers of attorney, living wills, health care surrogate designations and special needs planning.

The Law Offices of Marilyn Cangro Belo provides legal services in the areas of elder law, special needs, guardianship, estate planning and long term care planning. Our mission is to help our clients plan for a sustainable future. Therefore, we serve primarily as a counselor and advisor, helping our clients make the best possible decisions for themselves and their families.

The foundation of our practice is delivering outstanding service that our clients expect and deserve.  Whether you are planning for your long term care, your estate, or assisting a loved one with their planning, we take the time to understand you, your family, your concerns, your values and your goals.

Tell us about your special needs issue and we will put you in touch with Marilyn Cangro Belo JD, LLM

Tell us about your special needs issue and we will put you in touch with Marilyn Cangro Belo JD, LLM