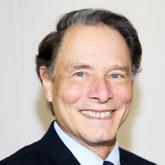 Ray Falcon advises clients in matters of estate planning and probate and administration of decedent's estates, with a concentration in planning for families with members who have special needs. He also counsels plaintiffs' personal injury and medical malpractice attorneys in connection with the use of special needs trusts to preserve needs-based government benefits, such as Medicaid and Supplemental Security Income (SSI), as well as providing assistance with respect to Medicare Set-asides (MSA), Qualified Settlement Funds (QSFs), Medicare and Medicaid liens arnd related matters. Ray also assists privately-held businesses and their owners in all general legal areas affecting their businesses, as well as in business succession planning and estate planning tailored to the needs of business owners and their families. Ray graduated from Columbia College (NYC, NY) in 1975 and from Yale Law School (New Haven, CT) in 1978.

He is admitted to practice in New Jersey, New York and Florida. He is also admitted to practice before the United States District Courts for the Southern and Eastern Districts of New York and the District of New Jersey, as well as the U.S. Circuit Courts of Appeal for the Second, Third and D.C. Circuits. Ray is a member of the American Bar Association; New Jersey and Florida Bar Associations; Bergen County Bar Association; the National Academy of Elder Law Attorneys (NAELA), The Academy of Special Needs Planners (ASNP)(charter member); the National Alliance of Medicare Set-Aside Professionals (NAMSAP); and the Council of Parent Attorneys and Advocates (COPAA). He is also involved in many community activities, including the Rotary Club (Park Ridge. NJ); Columbia University Alumni Representative Committee (Bergen-Passaic); Columbia University Alumni Club of Westchester County (Board of Directors); Planned Giving Advisory Council, American Cancer Society (Eastern Region); Knights of Columbus (4th Degree); and the Rockland Business Association, among others. Ray has a peer review rating of AV from Martindale-Hubbell, which is Martindale-Hubbell's highest rating for both legal ability and ethical standards. His biography appears in Who's Who in America (since 2000) and Who's Who in American Law (since 1987).

We have a simple goal: to give you quality, cost-effective legal services in a friendly and easygoing manner. No legalese. To us, you are real people, with real hopes and dreams, and often, fear. We get it . . . we will listen, and, together, we will figure out your needs and come up with a plan to meet those needs. We care, and want to help you have peace of mind.