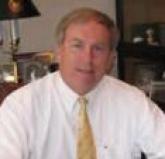 Mr. Brown served as a judicial law clerk to the Honorable Michael V. Franciosa, Judge of the Court of Common Pleas of Northampton County, Pennsylvania, from August 1973 to August 1974.  Thereafter, Mr. Brown joined the law firm of Fox & Oldt, Easton, Pennsylvania, commencing his employment as an associate on September 4, 1974.  Mr. Brown served as an associate until the passing of John Field Oldt, Esquire on May 12, 1982, and shortly thereafter became a partner with Charles L. Oldt, Esquire in the law firm of Fox, Oldt & Brown.  Charles L. Oldt, Esquire retired December 31, 2002 and subsequently passed away on May 12, 2003.  Mr. Brown has maintained the integrity of the firm and continued his practice of law as a solo practitioner.

Helping seniors and their families with their life planning needs:

Tell us about your special needs issue and we will put you in touch with Robert Brown Jr.

Tell us about your special needs issue and we will put you in touch with Robert Brown Jr.