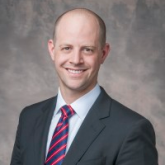 Joshua Brothers is an experienced advocate and attorney in disability and elder law, and long-time leader at Brothers & Henderson, P.S. A partner at the firm for nearly a decade, his practice focuses on litigation and settlement planning; the development, implementation and administration of special needs trusts and other types of trusts; estate planning; guardianship; benefits advocacy; benefits litigation; and probate.

With a strong commitment to the disability and senior communities, Brothers actively serves as a leader and advocate for numerous community organizations, including his time as president of the Board of Directors for the Arc of King County and as the CLE co-chair for the King County Bar Association Guardianship and Elder Law Section. Brothers has also held positions on the CLE Committee for the Washington State Association for Justice, the Board of Directors for the Arc of Washington State, the Professional Advisory Board for the Autism Society of Washington, and the Tyee Sports Council.

Mr. Brothers, named as a Rising Star by Washington Law & Politics for 2009 and 2010, is a frequent presenter at continuing legal education seminars, parent group meetings and other conferences, and symposiums on issues related to his areas of practice.

When he’s not practicing law, Brothers enjoys spending time with his wife, young daughter, and three dogs. He is an avid surfer and skier. Prior to law school, Brothers was one of 60 cyclists in the 1999 Journey of Hope bicycle ride from San Francisco to Washington, D.C., raising money and awareness for people with disabilities.

As Washington state’s premier disability and elder law firm since 1984, Brothers & Henderson, P.S. is committed to providing the highest quality legal expertise that addresses broader needs than other traditional firms. From disability law to elder law to general estate planning and more, we address the comprehensive needs of our clients, serving as advocates, resources, and partners for generations of clients.

The values of this firm are deeply rooted in the belief that all individuals deserve our full respect and the highest quality legal services available. We treat all of our clients as important, capable, and independent individuals regardless of their disabilities.

With client relationships lasting decades, not years, we vigorously challenge the status quo by working with our clients, their families, and the disability community to effect systemic change for the benefit of the individuals we serve.