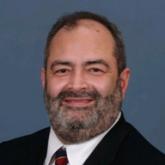 Kevin Hernandez, Esquire is the principal attorney and founder of The Hernandez Law Firm, P.A. He has nearly 20 years of experience in the legal field. He is licensed to practice law in Florida and New York. He is also admitted to practice before the U.S. Supreme Court, U.S. Court of Appeals for the Federal Circuit, U.S. Court of Federal Claims, U.S. Court of Appeals for the Armed Forces, United States District Court for the Southern and Eastern Districts of New York, and is accredited by the U.S. Department of Veterans Affairs. A 1984 graduate of Boston University, Kevin earned a Bachelor of Science (B.S.) degree in Systems Engineering. After working as a systems engineer and communications scientist for several years, in 1992 Kevin received his Juris Doctor (J.D.) degree from Boston University. Kevin focuses on life and estate planning matters for individuals and families. He is dedicated to maintaining the highest level of legal knowledge and expertise through continuing education and frequent attendance at nationally recognized conferences. Not only does he provide superior quality counsel to his clients, but he educates the public as well. Kevin frequently provides wealth strategies training to advisors at some of the nation's most prestigious financial institutions, and speaks at various professional society meetings. In 2008, Attorney Hernandez was voted a Florida Trend Magazine Legal Elite in Trusts & Estates by his peers.