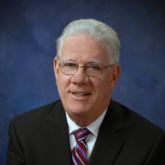 Thomas R. Mullen has been an attorney since 1977 and has devoted his practice exclusively to elderlaw since 1988. He is nationally recognized as one of the foremost experts on Medicaid planning. His additional Practice areas include estate planning and trusts for disabled people, as well as  assisting attorneys with Medicaid lien allocations and the Medicare Secondary Payer Act. In the Spring 2013 issue of the National Academy of Elder Law Attorneys (NAELA) Journal, Attorney Thomas R. Mullen of Quincy, Mass. was described by the Academy’s Massachusetts past president and law professor William J.Brisk as being “a prominent and innovative elderlaw attorney.”

Quincy attorney Thomas R. Mullen may help you obtain Medicaid without spending down most, if not all, your hard-earned lifetime of savings. Most people are unaware of this option, and this is why Tom dedicates himself to helping seniors preserve their assets. He has been an attorney for over 30 years; and he has nearly 20 years of experience using the available techniques and strategies which allow seniors in nursing homes to protect their assets and keep their homes. For married couples, Tom has been known to reduce the payment to a nursing home from an average of $13,000 to $1,500 per month—often less—even if one of them is already in a nursing home! In addition, if you are not in a nursing home, you can still give money away despite what well-intentioned friends or professionals may tell you.

Tell us about your special needs issue and we will put you in touch with Thomas R. Mullen

Tell us about your special needs issue and we will put you in touch with Thomas R. Mullen